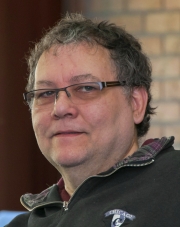 Who were the wise men (Magi)? Did they possibly come from Iran?

What is a Disciple? What is A Christian? Who are Overcommers?

What is the most significant prophecy that has been fulfilled in recent times?

What does the Bible say that we have to look forward to?

Come and join us for our Christmas chat that covered all of these topics.

Thank you to my daughter Kathryn (Luff) Rotsaert who played the Organ to record the melody used at the beginning and end of our show.

PDF Tract: (This is meant to be printed on legal size paper on both sides and folded. Start reading if using .pdf viewer at right second page.)
eng_the_magi

Ray: I really got confused in this conversation. Let me state unequivocally that the wise-men likely came from the east following a star which would have been due west of them. This lines up with the idea expressed in the song “We three kings of orient are” as east of Jerusalem are Asian peoples. However I have come to believe as discussed in this program that the wise-men actually were not from the orient but from Iran.

8:00 pm (eastern standard time)August 15th, 2013
We rarely do a live show but if you notice a current date posted one is coming up.

Call in to our Show

We are now broadcasting our show live via USTREAM. www.ustream.tv/channel/truth-is-what-matters

This work is licensed under a Creative Commons Attribution-NonCommercial-ShareAlike 3.0 Unported License.